The ISIS caliphate on the March! 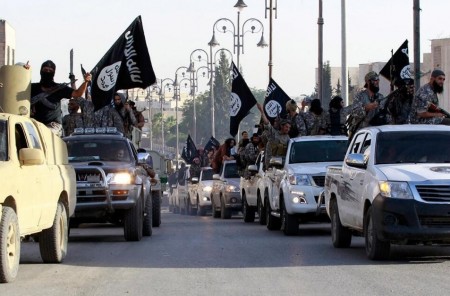 A huge harvest of captured American weaponry will now power the ISIS jihadists to more gains.

The Wall Street Journal quotes security analyst Anthony Cordesman as saying that ISIS has taken control of “approximately three divisions worth of equipment and probably at least three depots” in the area around Mosul.

“What they almost certainly do have now is enough ammunition to support a major campaign and enough small arms and vehicles to move quickly,” says Cordesman.