Why Neo-Isolationism Is Soaring

The roots of the new isolationism are not difficult to discern. There is, first, the end of the Cold War, the liberation of the captive nations of Europe, the dissolution of our great adversary, the Soviet Empire, and the breakup of the Soviet Union. The Cold War, our war, was over. Time to come home.

The Bushes and Bill Clinton said no. 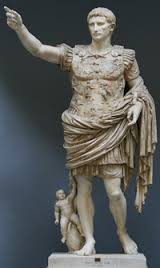 So we let the New World Order crowd have its run in the yard. We invaded Panama, intervened in Haiti and Mogadishu, launched Desert Storm to liberate Kuwait, bombed Serbia for 78 days to force it to surrender its cradle province of Kosovo.

Came then the blowback of 9/11, following which we had the Afghan war to overthrow the Taliban and create a new democracy in the Hindu Kush, the invasion and occupation of Iraq to strip Saddam Hussein of weapons of mass destruction he did not have, and the air war on Libya.