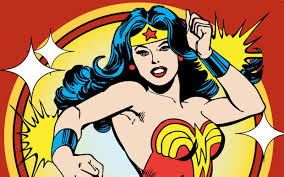 Warfare, Welfare, and Wonder Woman — How Congress Spends Your Money

Supporters of warfare, welfare, and Wonder Woman cheered last week as Congress passed a one trillion dollar “omnibus” appropriation bill. This legislation funds the operations of government for the remainder of the fiscal year.  Wonder Woman fans can cheer that buried in the bill was a $10,000 grant for a theater program to explore the comic book heroine.

That is just one of the many outrageous projects buried in this 1,582 page bill.  The legislation gives the Department of Education more money to continue nationalizing education via “common core.”  Also, despite new evidence of Obamacare’s failure emerging on an almost daily basis, the Omnibus bill does nothing to roll back this disastrous law.

Even though the Omnibus bill dramatically increases government spending, it passed with the support of many self-described “fiscal conservatives.” Those wondering why anyone who opposes increasing spending on programs like common core and Obamacare  would vote for the bill, may find an answer in the fact that the legislation increases funding for the “Overseas Continuing Operations” — which is the official name for the war budget — for the first time since 2010. This $85 billion war budget contains $6 billion earmarked for projects benefiting Boeing, Lockheed-Martin, and other big defense contractors.